C, the awkward screenshots that hit close to home. 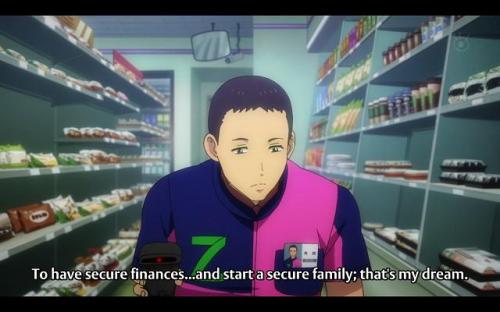 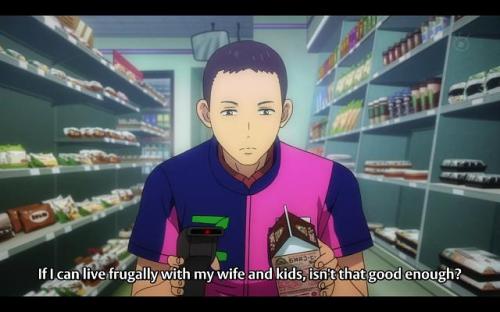 This scene hit so close to home, it hurt. Unless you’ve lived under a rock when it comes to my blog, you know that not only do I live in the United States, but I live in the beautiful state of Ohio. Recently in politics, we had a bill pass that took away the collective bargaining rights of public works.

There’s nothing as devastating as the sound of a dream when it dies. I always wanted to be a librarian or run a book store, but as I lack business sense, a librarian it was. A couple years ago, the state cute direct funding to libraries, and this makes the situation even worse. Current librarians are struggling to get by. When they retire, there will not be a new job for a young person like me to take, but they will continue to limp along without that job position. To get an idea of the picture, look at this article.

I’ve always been heavily invested in this dream, and now when it comes to my future, I’m struck by a loss of direction and depression. Ohio has not only lost the library, but the whole public sector has been crippled. I need employment that will provide me with healthcare. I never wanted anything big, I just wanted a secure future on my own with my boyfriend and my possible future children. But even that appears to ask for too much. I don’t want to leave Ohio. My family is here. My boyfriend will probably end up the sole breadwinner, and I’m starting to explore the world of freelance writing and work, so I don’t think I’m entirely screwed, and I’m sure I’ll eventually find a job I can work (I’m going for a paralegal degree), but it’s not what I wanted.

Oh Ohio. What will we ever do? And why is our governor so deaf to this wishes of his people? If the majority had been okay with this, I’d probably grudgingly accept, but the majority of the state did not want this to bill to pass. And here we are. I don’t know what to think, it’s all a fog of confusion through which I stumble forward.

Awkward Screenshot: I Wish For A Bridge to Monkeys 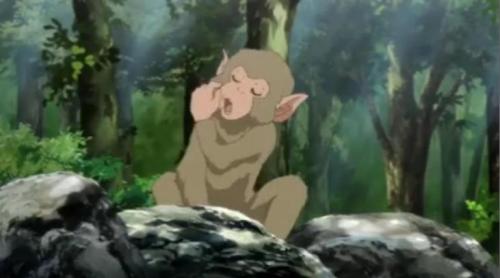 This monkey was a pretty cool dude. I wish there was an anime about him.

I mean, a terrible harem anime? Been there, done that. But an anime about monkey that pisses off tourists like this guy does? I’d watch that. And you know you would to.

Filed under A Bridge to the Stars, Awkward Screenshot

Tagged as what is my obession with watching bad anime

As the Fractale Anime has finally come to an end, here’s the final round of Fractale’s awkward screenshots. Looking back, I realized I missed so many awkward moments this anime had to offer, but I’m new to this, and wasn’t prepared for how bad Fractale would be.  Although episode 11 did take the cake…

Wow, you waited 700 years to do it, just to find the key and the keyhole don't fit? Man, THAT SUCKS.

Dammit Phyrne, I just don't get why you are you're own person with your own thoughts! IT MAKES NO SENSE!

This woman strangles her allies and hugs her enemies. She sucks at her job.

We just thought it'd be fun to shoot grannies.

My face through the entirety of Fractale 11 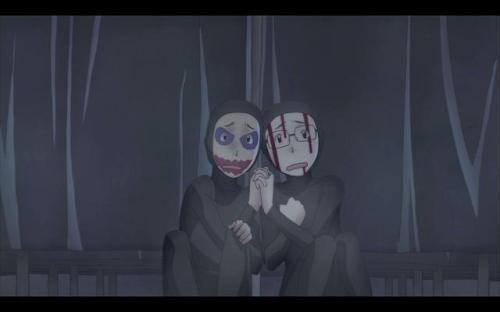 Such a cute, wonderful, and semi-awkward moment.

Awesome, a note about episode 6 of Wandering Son. I have seen way too many renditions of Romeo and Juliet anime style. However, this is by far the best version of Romeo+Juliet I have ever seen.

If only there was…

Well, I guess we’re weeding out the stupid ones…

I swear, Fractale is the best anime for awkward screenshots. No matter what, each episode has a priceless moment of some sort.

Isn't that little girl at risk of being electrocuted? 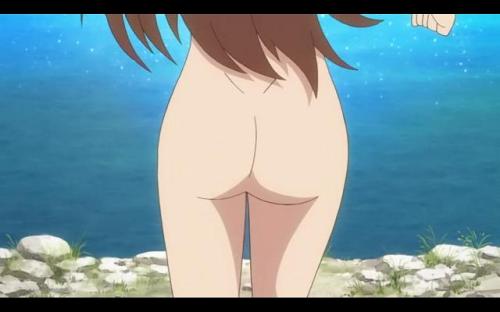 This is where our animation budget went!

Fractale has the best advice

This is damn good advice.

Always remember to wipe your butt.

This movie is too quotable

With that smile, all I can think…

and here in Castle Anthrax, we have but one punishment for setting alight the grail-shaped beacon. You
must tie her down on a bed and spank her! You must spank her well. And after you have spanked her, you
may deal with her as you like. And then, spank me.

I am a very bad girl.

Tagged as monty python is the most quotable movie ever, seriously what else was I suppose to think?

Deal with the Devil?

As this scene unfolded, it seemed very reminiscent of a situation where one makes a deal with the devil. After all, in a way these girls are surrendering their souls for the chance to have their wish come true.

My thought right after was, “When has the devil ever been this cute?”

When it comes to vampires…

I know that modern day vampires typically aren’t weak to things such as garlic, crosses, and stakes, but still, I think this girl has a point. If there’s ever a vampire invasion, I think I’d want this girl to have my back. She’s all prepared.

Awkward Screenshot: My Little Sister Can’t Be This Cute 08

The REAL reason Kyosuke got on his hands and knees and begged to the anime people. Helping his little sis had nothing to do with it.

If we can all admit that Kyosuke is one big perv, the world of My Little Little Sister Can’t Be This Cute is a better place.

Meanwhile, Kirino has learned at the end of episode 8 that she will always get what she wants.

Filed under Awkward Screenshot, My Little Sister Can't Be This Cute