Once upon a time…

So once upon a time there was romhack of Firered called Pokemon Sweet. It featured fake pokemon that were pokemon combined with sweets and fruits. It was pretty rad.

And then once upon a time but later, there was a girl who decided she wanted to nuzlocke Pokemon Sweet called Janette. She decided to post her journey on Youtube, but it turned out she was a little shy and not that good at speaking into a mircophone. It also turned out she really wanted to play the sequel which was cooler then Pokemon Sweet.

She also decided to pop into her blog, and then remembered how much she loved writing. There, she found the medium to capture her nuzlocke. On her blog she would immortalize her journey through her first romhack.

Without further to do…

1. If it faints, it’s dead and as it’s a corpse it can not longer battle.

2. All pokesweets must be nicknamed

3. Catch only the first pokesweet on every route. You cannot catch duplicates of a species. If you run into the same pokesweet on a route, keep searching until you find a new one. If there’s nothing new, touch luck. If it faints when you try to catch it, that’s it and you don’t get a pokesweet for that route. There is one exception–if I encounter a shiny, I can catch it. I cannot catch legendaries no matter what. If the game requires I catch one, it’s to be boxed and not used.

Without further to do… 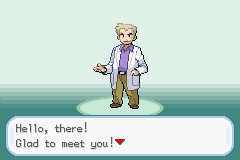 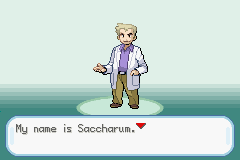 I missed screenshotting “This World” before it. We’re off to a great start.

How do you bake something that’s already baked? 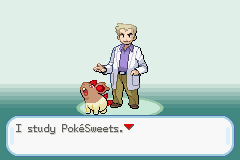 We’re going to pick girl. I really like the girl sprite in Fire Red.

It’s Janette. Fun fact, my name takes up all the slots in Fire Red for names. The most common spelling of my name is Jeanette. Luckily my mom had the foresight to realize I’d need to fit my name in Pokemon games without knowing it. 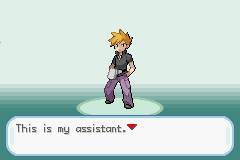 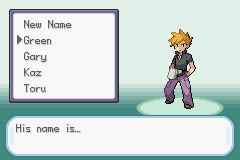 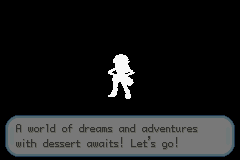 Let’s go guys. (My goal is to do an update a day, I already have tomorrow’s done, let’s hope I stick with this.)

Tagged as nuzlocke, we'll see if I actually do this