The Characterization of Sayaka

“There’s nothing I hate more then the words I did it all for someone else.” Break, Pandora Hearts

Last night, I started thinking about Sayaka’s characterization last night. She’s the most Essentially, she was already a ticking time bomb, set to go off. Sayaka was living an existence that no person can possibly live. What makes her so terrifying is that by being a mahou shoujo, she has the powers to be extremely dangerous when she goes off. 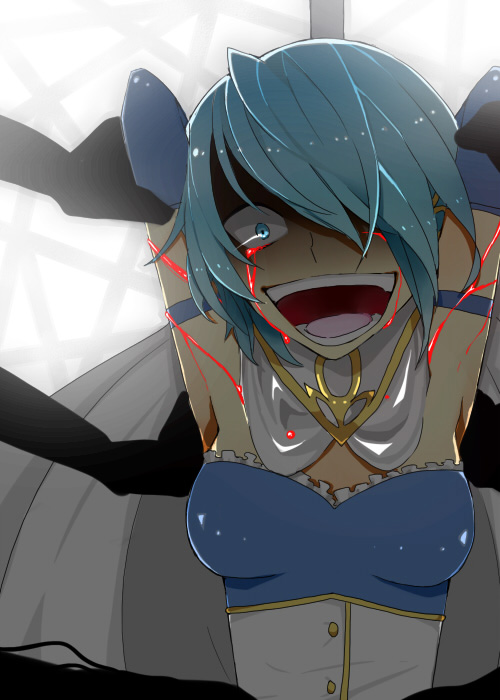 Sayaka embodies the idea of giving selflessly for others at the cost of one self. And then turns around and presents how she maintains this existence. As often seen with being a magical girl, but also through the situation with Kamijou.  Sayaka sees the world through rose colored glasses and lives in a constant state of denial. She sees things how she wants to see them, and when anyone tries to point out how things really are, she turns a deaf ear to them or turns hostile to them. 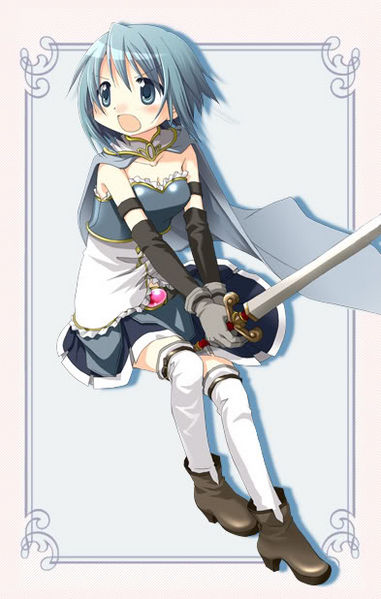 Sayaka gives selflessly because by doing so she bury herself in her cause and doesn’t have to acknowledge the truth of things. At the same time, she doesn’t take care of herself and her emotional needs which can and do take their toll.

The situation with Kamijou. Sayaka is absolutely in love with him, and when he’s injured, she decides it’s her duty to give her all until he’s better and he can play again. By devoting herself to his well-being, she can do her best to blind herself to the signs that he doesn’t care for her at all. Sayaka never even accepts that he’ll never be able to use his arm again, and instead sacrifices herself, dooming herself to at the time what she believes is an existence of risking her life.

However, the only time we ever see Kamijou interact with Sayaka is to yell at her, after all she’s done for him. He doesn’t let her know he’s out of the hospital. Sayaka goes to visit him at his house, although she doesn’t go him with “Bitch, why didn’t you let me know, I worry about you!” but stands outside his house, being happy that he’s picking the violin up quickly, not the slightest bit worried that what the lack of communication says about their relationships. That’s denial. He never once talks to her when he returns to school, after she spent all that time with him in the hospital. All in all,I don’t think it’s far-fetched to say that Kamijou doesn’t have any feelings for Sayaka, even after everything she’s done for him. One wonders if her reasoning that she’s now a lich (although a good reason) just to avoid a rejection and facing the truth.

Sayaka can deal with that and remain in denial as long as Kamijou isn’t with another woman. As long as Sayaka can continue to see things the way she want and deny reality, she can stay, well, I can’t say happy, but stable. 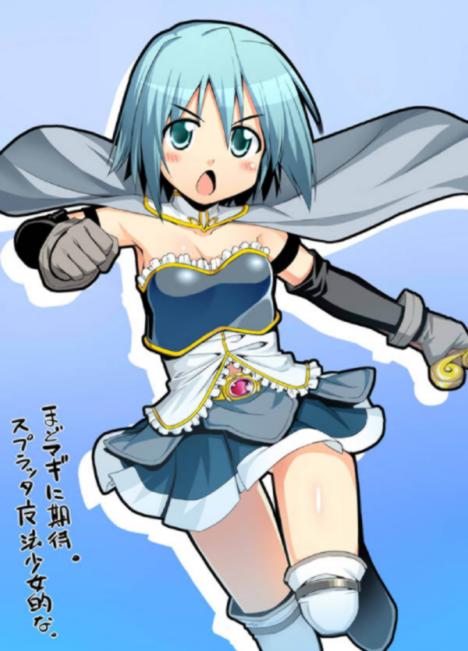 The problem is when Sayaka can no longer live in a state of denial. In the back of her head, she must know how things really are, and is mentally capable of knowing what’s going on. Eventually, she’ll be forced to be realize it. The facade will end. Then it all comes crumbling down, one after enough. Such as, when it becomes realistically possible for Kamijou to be in a relationship with another girl. Or what being a mahou shoujo really means, and the costs involved. Or having to face what denying all her emotional needs to no benefit has left her.

And then she snaps. 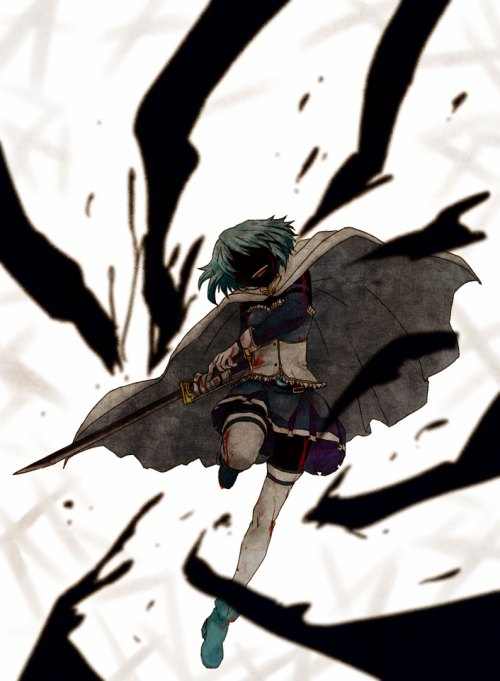 8 responses to “The Characterization of Sayaka”