The Art of Videogame Exihibit

The Smithsonian American Art Museum is doing a very interesting exihibit in 2012. One that focuses on the Art of Videogames. Interestingly, they’ve decided to have the internet public decide which games are, as described, ” The Art of Video Games exhibition will explore the 40-year evolution of video games as an artistic medium, with a focus on striking visual effects, the creative use of new technologies, and the most influential artists and designers. We want you to help us select the eighty video games that will be represented in the exhibition. Remember, this is an art exhibition, so be sure to vote for games that you think are visually spectacular or boast innovative design!”

For the most part, I like the choice of games. Especially the older games, which are definitely a blast from the past. But with the newer games, mainly in the Wii and PS3 category, all I can think is ‘Who picked these games?’  Some of them are so new, I haven’t had a chance to play them, or really know very much about them. I don’t know, I just don’t feel like it was a very good selection. And I have no idea why Pikmin 2 was picked and not Pikmin. I love Pikmin 2, and it’s fun, but Pikmin is the the masterpiece.

Another disappointment is at this point in time, handhelds–possibly due to being dominated by Nintendo for a long time and the limited graphics compared to the consoles–are not included. Personally, I feel handhelds have a place in the art and history of videogames. Limits in one area lead to innovation in others, and many great games are left out.

Anyway, I do suggest if you have any interest in the ‘Art of Videogames”, go vote! Let’s make this exihibit the best it can be. 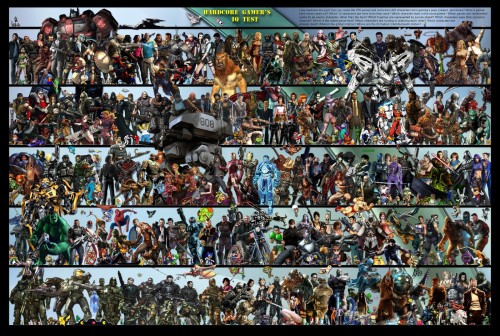 One response to “The Art of Videogame Exihibit”