Since I’ve finished First Impressions, and not episodically blogging anything right now, I don’t have anything consistent I’m doing. I’m torturing Larry, but that’s not consistent. So I thought I’d combine my attempt to keep up with blogs as well as my attempt to doing something consistently through the Winter Season with these series of posts. Basically, at the end of each week, I’ll comprise a list of blog posts that stood out to me, and try to redirect other people to them. Either it’ll work or it won’t. We’ll see. Without further to do.

2D-Telescope looks at the post-scarcity and dysfunction in Fractale. All I can think about Fractale–can you imagine never getting a hug from your parents? 😦

Beyond the Nippon Review expands, bringing Marx into this. And links to Major Arcana which I haven’t read yet, but is mostly likely worth the read.

Confused by Freezing? Just As Planned has read the manga, and can give you the low down on Freezing, and what to expect.

Oguie Maniax addresses common misconceptions about the magical girl genre, and then what is the subversion in Madoka

Madoka hasn’t messed with your brain and broken your soul enough for this week? Check out the speculations at the wiki.

If you’re one of the few people who haven’t seen the updated preview for the Spring Season, here it is.

The demo for Catherine is out!

My Little Sister PSP game is out. And I don’t know a better way to piss Kirino off then knocking up her best friend. Now to patiently wait for an English Guide.

The Null Set points out that Funimation is stuck between a rock and a hard place.

Triple_R at Rabbitpoets implores us to think at the big picture. Personally, if I could get a job (I have to wait for my health to stabilize), I would happily support the anime industry. To a point. I liked Durarara, but not enough to pay $40-$50 for 9 episodes.

Animeyume looks at some solutions 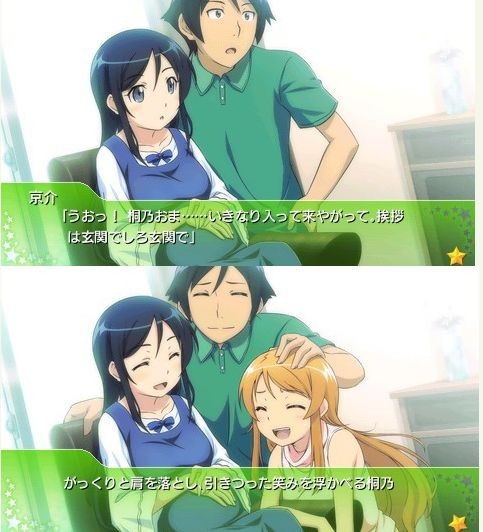