My Little Sister Can’t Be This Cute Review

My Little Sister Can’t Be This Cute

Summery: Kyousuke isn’t really aware with what’s going on in his sister life, but as far as he’s concerned, she’s doing well. After all, she gets top grades in school, is a successful model, and a star athlete. But when he discovers his sister’s secret that she secretly loves eroge games, and realizes that she’s extremely lonely, he finds himself getting involved in her life and going to ridiculous means to help his little sister. 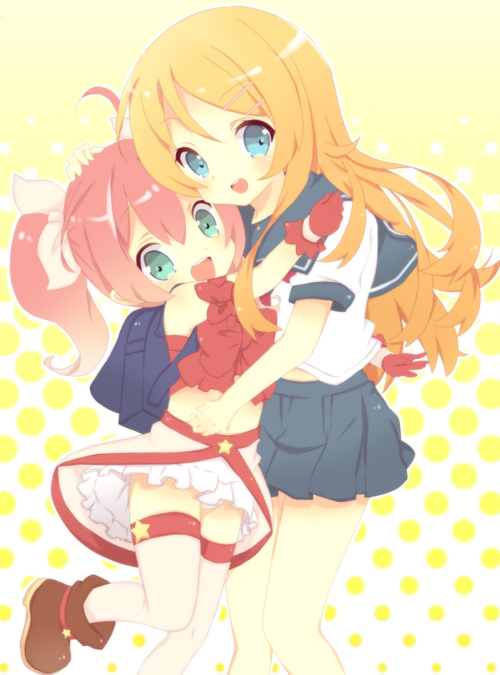 Why I Picked This Up: I usually enjoy AIC’s works, and the first episode of this made it seems like this show had some real depth to it, being a show that commented on otaku culture and sibling relationships.

Why I Finished It: My Little Sister Can’t Be This Cute changed tone around episode 4, and was no longer the same show that it was when I first watching. Still, in the end, it was a fun ride, although a fun ride with some cringe-worthy moments. I’m use to AIC not having the best production values, and was expecting the same here. Instead, they went all. It wasn’t perfect, but the effort was present. The art was nice, the backgrounds were incredibly detailed, the opening and closing theme changed every episode, and so worth. Part of the fun was the ridiculous number of shout-outs to the other animes and eroges.

With the exception of Kirinio, I found myself enjoying the characters and their antics immensely. Ayase, Manami, and Kuroneko especially grew on me. I thought they were honestly funny, and made me laugh. I found it interesting how much better episodes flowed when Kirino wasn’t on the scene.

But: There seemed to be two main flaws with ‘My Little Sister’. First, I honestly think the author had no idea what direction to take the series after the Light Novels reached episode 3. He/She had some things he/she wanted to do with the characters, but no idea what to do with the plot. I think originally, it wasn’t supposed to be an incest story but the author changed his/her mind to have more material to write about. My Little Sister goes from a story with depth into a light romantic comedy of sorts—though in my point of view, Kirino definitely has feelings for her brother, and he doesn’t return to them. 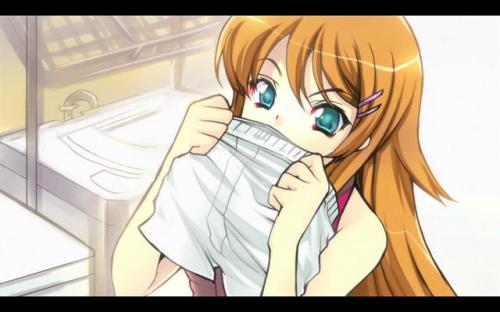 The second flaw seems to be with Kirino as a character. I was tolerant of Kirino up until episode 8. The problem with Kirino is she starts off as realistic, but over the course of the series turns into a person that can’t exist and is flat out ridiculous. Even when she was already straying into ridiculous category, I thought she was still relatable as a character—she reminded me of an angry insecure middle school girl stuck in the hell of puberty, but she loses even that. She abuses the people around her, and never suffers for it. Furthermore, she ALWAYS gets what she wants. She never hears the world no. Jeez. Thank goodness for Kirino that’s she is an unrealistic human being, if she wasn’t, the degree to which she was spoiled is going to cause her problems later in life, because someone has to tell her no. 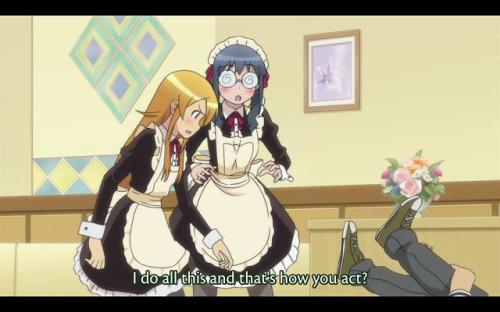 ^How I typically feel about Kirinio

Fourth, and finally, thanks to the author indecisiveness, one thing that I liked about the series was retracted. Kirino in the beginning explained that just because she played eroge, that it didn’t reflect her real world self, stating that there’s a difference between a game and reality. Except. She clearly has the hots for her brother, and throws a temper tantrum when her brother doesn’t react the way a player would react in an eroge game, suggesting the opposite. What makes this irksome, is it is a negative image of eroge players in the end. And a positive image is desperately needed, and would be nice.

Who Would I Recommend This To: I think this is a fabulous anime for siblings to watch together. Well…whether it is or not, my sister asked to watch this anime with me. And I spoil her rotten.

Also, I would recommend this to Scamp. I think he really loved it. I think he’s already missing it so much that he wants to rewatch it.

Honestly, I don’t know what to say. If you like cute girls, and aren’t turned off by incest I guess this would be an enjoyable anime. There are parts I’m glad I saw. Yet at the same time, there are parts I wish I didn’t see. I haven’t decided yet if one was worth the other.

Art: AIC went all out on this one.

Characters: B- The characters weren’t that realistic, but they were fun. Main problem was Kirino, and the fact she was the main character. Kyousuke always spoiling her got old as well.

Episodic Value: C  I at least enjoyed somewhat 7 of the 12 episodes.

Overall Story: C- The author seemed to have a concept, but no idea what he/she wanted to do with the plot, leaving a jumbled mess.

Remember commenters, your hate mail will be graded.

I don't care if she is plain. I would have perfered for her to have been the main heroine. ❤ her forever.

Filed under Comedy, I Don't Get Paid Enough To Blog, Middle/High School, My Little Sister Can't Be This Cute, Slice of life