Umineko no Naku Koro Ni has continued strong, set to release the final chapter at the end of December, bringing the long saga to a close. However over the year, it continued to tease and please fans. One thing I enjoyed was Umineko Motion Graphic Novel 7.

One of the trends with the Higurashi and the Umineko is to make these Motion Graphic Novels which are summarized artistic versions of the Visual Novel chapters. They are not meant to replace the chapters, but damn are they cool.

They contain a mix of music, art, and words that relate to the chapter. It’s a lot to take in, in one go, especially when it’s all in a different language, and if one wants to take it every aspect of it, they require multiple times to watch. 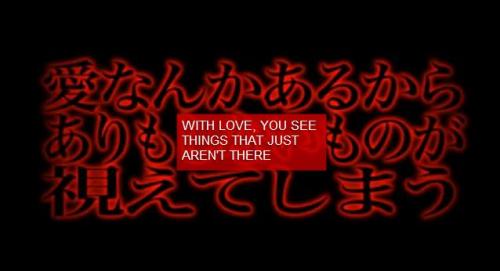 7 is by far my favorite of the lot, which covers chapter 6. I feel like everything was nailed perfectly. The song is really damn beautiful and catchy at the same time. The video itself manages to be intense and emotional, and really captures the spirit of Uminkeo overall.

In this one, there’s also a lot of moments are stick with me. Who can forget Shannon’s face as she holds that gun? I don’t want to spoil it, but you’ll never see cute maid again. And then where as the visual novel ended with a punch, this does too.

THERE ARE ONLY SEVENTEEN PEOPLE IS NOT SUPPOSE TO BE AN INTENSE LINE!

Filed under 12 Days of Christmas, Umineko no naku koro ni