Summery: Otonashi wakes up in a strange world without any memories and a girl next to him holding a gun. When he’s ask what’s going on, she tells him that he’s dead, and introduces him to the strange sort of purgatory that they’re stuck it. She then invites him to join her in her battle against god. With nothing to lose, he teams up with the girl to figure out what’s going on and to hopefully regain his memories.

Why I Picked It Up: Angel Beats was one of the most hyped shows of the spring season and had an absolutely stunning first episode.

Why I Finished It: I’m going to combine the positives and negatives here as Angel Beats is a very complicated show to describe. Angel Beats is a show that should have been twice the length it was, and the creators tried to stuff too much in their storyline. As a result, the pacing was off, the storyline suffered, and the series was given a disjointed and chaotic feel. Yet, the creators still tried to do something with the anime, and their enthusiasm for the series came through, and I have to give them credit for that.

Oddly enough, while I doubt the disjointed chaotic feeling was their intent, it ended up fitting the series very well, so who it harmed the series in some ways, it ended up working to the series benefit in others.

Furthermore, I really liked the characters. Even if they weren’t the best developed, they were still incredibly likable, and one could sympathize with their plight of being stuck in a confusing world while they still had this inner anger. A lot of work was put into making the minor characters stand out with small and silly but noticeable quirks. The way the relationships grew between the characters, while not perfect, was enjoyable as well. In the end, the characters are what I liked best about the series, and what kept me coming back every week.

Who Would I Recommend This To: Anyone getting tired of the same old same old in anime should give this a shot. It’s not perfect, but it tries, and in the end, I really liked this.

Side Note: Why I gave this a 10 on MAL is I’m starting to give series a 10 that I want to keep in mind should I decide to compile a ‘Top Anime’ list so they stick out among my watched anime. 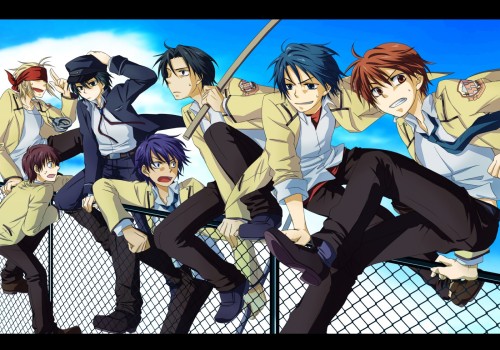 Goodbye Angel Beats, and thanks for not only a great series, but some great fan art!