Note: If you do not like what I say about you blog, comment, and I will take it down asap. Any rude comments flaming or making fun of other blogs will be deleted, and that person will find their IEP address blocked. Also, these predictions do not necessarily match who I’m going to vote for. Bias will be present, as I know some blogs better then others.We all understand? Good. 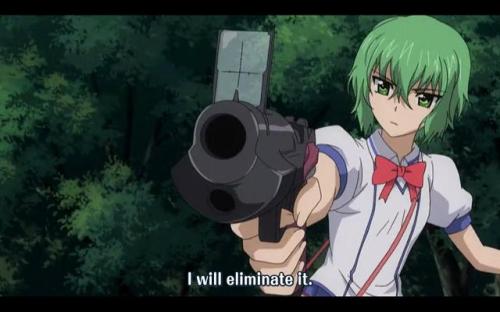 Match A: Memories of Eternity vs Oballer’s Blog

I like Memories of Eternity. Gorgeous layout, and some very interesting editorial posts. Including one for Sasameki Koto. And here I thought my boyfriend and I were the only ones who liked that show! I think Memories of Eternity is a lovely blog and hope it proceeds.

Oballer’s Blog. I don’t care if you think you’re being funny, unless he’s best friends with who runs Memories of Eternity, his trash talking isn’t cool. Actually, reviewing the rules, flaming/trash talking can potentially get you disqualified. Obviously, he wasn’t, but other people in the contest, don’t do this. Oballer, if you’re reading this, cut out the trash talking, love, one of the mods. That aside, his blog seems to cover movies, music, and the longer running anime series. Posts are a little long, but contain good content.

Match B: Eye Sedso vs. Densetsu no Shounen A
Predicted Winner: Eye Sedso

Eye Sedso’s job is to act like a jerk, to be blunt, crude, swear a lot, and make it funny. Some people think people like that are hilarious. I don’t. Especially when the first thing I read disses episodics. Yeah. Moving along.

Not that Densetsu no Shounen A can be considered any sort of competition. A dead episodic blog. Yeah. Um…no match. 2nd dead episodic in two days…I’m getting bored with round 1.