Sora no Woto episode 8: Not what I was expecting…

This post is SO late. I’ve been having medical problems all week which ended with me finally going to the emergency room. I’m quite behind on all anime I’m suppose to be watching, and only got around to watching this today.

Not that very much happened in this episode. It was slice-of-life, pure and simple, fun to watch, but not too much to say. The one thing I really liked was the foreshadowing in this episode. 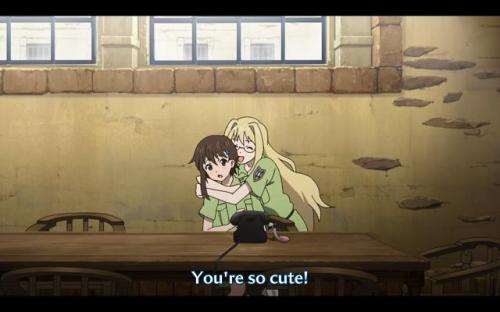 This screenshot is relevant to my interests.

Foreshadowing is rarely done well. Either it’s shoved into your face to the point you’re sick of it, or ever bit is so subtle you never really picked it up. Sora no Woto is a show full of foreshadowing, but as we seem to get closer to things getting crazy is gets more and more blatant. It’s amazing how well crafted it is.

In this episode, there were obvious points that seem to hint the good times are coming to a close, and darker things are to begin. 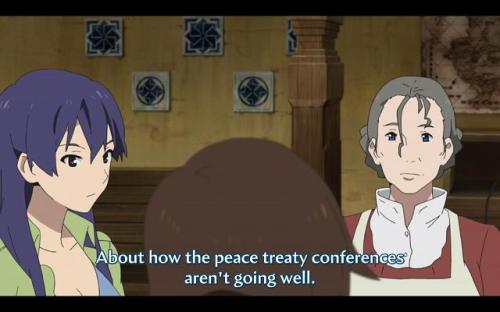 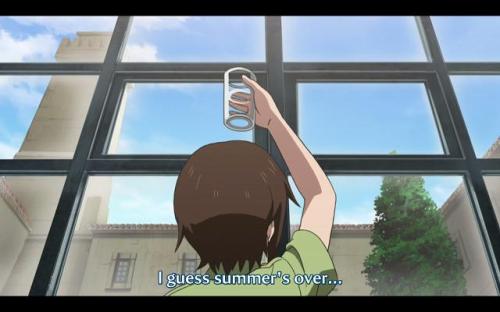 I don’t even have a comment of the conversation at the end of Rio beyond the obvious, ‘Rio’s running away from where she came from.’ All the characters have shortcomings that will no doubt be addressed at the end of the series, possibly with their deaths. Why am I so obsessed with these characters dying? I suppose, I think if I believe it’ll happen, it won’t.

As time goes by, and the tension builds up in the series, I get more and more worried about what will happen to them.

Filed under Sora no Woto