No real idea how long this case took me. It was pretty long. 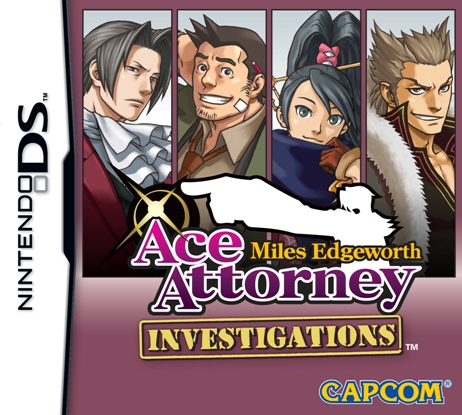 I think if I were to rename this game, it would be “Miles Edgeworth has a really sucky week.” As soon as he gets to the airport-still taking place before the first case- he gets a phone call from someone he owes a few favors to help with a case. So off he goes off to a Blue Badger theme park with a million dollars and ends up kidnapped.

A lot of this episode seemed to be cameos from former characters, and of course, full of Blue Badger goodness. In this episode we have to deal with the likes of Meekins, Oldbags, and Ema Skye again, while others such as Viola of Tender Lender and Jack Marshal are merely referred to. There’s even one more character that was referenced that I wasn’t entirely sure who they were, but I believe they’re a background character who’s never been named, but always has been polite and helpful.

In this case, we also meet two important people. The first of them is Kay Faraday. She claims to be this legendary thief, but she explains she just inherited the title and hasn’t done any actual stealing yet. Ms. Faraday quickly becomes your new partner, and she is actually incredibly helpful. Character wise, I really liked her. While she’s the enthusiastic sidekick, she’s also pretty dang amusing, with the way she deduces and explains situations. She also seems to be decently intelligent rather then totally clueless, and definitely pulls her weight. More then Gumshoe did anyway. More on that later. Her character design is pretty sweet too. While at first I was unsure about her hair, it grew on me, and I definitely fell in love with her scarf. I want one of my own.

Edgeworth’s new partner comes with a new device, ‘little thief’ an improbable but awesome hand held computer that while it’s supposed to be used for heist, by inputting commands into the machine, it can recreate the crime scene. Needless to say, this is a great asset to help with solving the case.

The other important person we meet is Shi-Long Lang, an Interpol agent currently in America. He hates prosecutors and the whole entire court system, so then he dislikes Edgeworth. So then starts the rivalry often seen before in the Phoenix Wright games between defense lawyer and prosecutor as they openly dislike each other, but need each other’s help and actually work together to find the truth of the case. I do find Mr. Lang pretty dang amusing with his syntax and mix between being polite and being rude. I also find his assistant cool.

The case itself. I loved the badger nonsense, but don’t have much to say about the case in this episode. I do like Ms. Paups, she’s so crazy yet adorable. I wonder if Edgeworth is going to make every female he has to protect fall in love with him.

We also get a better picture of the overall storyline in this episode which was pretty confusing in the last episode, possibly because of a mistranslation. Interpol is in America tracking down a huge smuggling ring in which there was a legal case of somesort ten years ago. Edgeworth has unfortunately ended up mixed up in all this.

At the end of the episode, Edgeworth complains about the craziness he’s endured over the last few days, and asks Gumshoe to take him to his office. Cue case 1